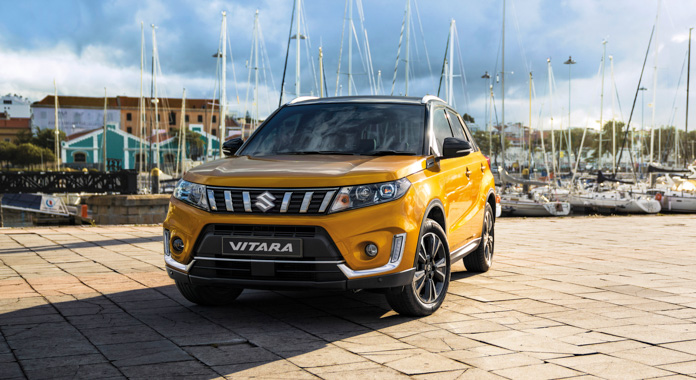 The Suzuki Vitara is one of the first small SUVs on the market and over 30 years later it represents an attractive option for value-driven buyers.

The current generation 2021 Suzuki Vitara has now been in the Australian market for seven years but the small SUV continues to be offered with a series of attractive drivetrains and a keen driveaway price.

The facelifted version of the Vitara was launched alongside the Suzuki Jimny in 2019 and continues to be offered in three grades with the choice of front or all-wheel-drive.

Kicking off the range is the base model known simply as the Vitara powered by a 1.6L naturally aspirated four-cylinder engine making 86kW of power and 156Nm of torque. While that isn’t a lot, it only needs to move a very light 1,120kg kerb weight making it faster than you might expect.

Adding some tech into the mix is a 7-inch touchscreen with wired Apple CarPlay and Android Auto, along with a smaller 4.2-inch display sitting between the two analogue dials in the instrument cluster.

Stepping up to the Vitara Turbo adds not only a more powerful 1.4L turbocharged engine making 103kW/220Nm but also a slew of safety features.

Suzuki also swaps out the halogen headlights for some crisp-looking LED lights and the fabric seat material for a combination of leather and suede material.

Opting for the Vitara Allgrip grade also adds a panoramic sunroof and while it won’t have the off-road chops of the Jimny, hill-descent control and a series of selectable terrain functions should make it handy enough in most situations.

This article originally featured on chasingcars.com.au and can be viewed here.

Previous
Back to Blog
Next